The benefits of a good night’s sleep

The benefits of a good night’s sleep

We have a wealth of experience gained over the years, supporting Melbourne based companies with IT solutions and technical support. And no matter who we talk to, one issue we run into time and time again is that of the dreaded Slow Computer. It’s something everyone hates dealing with!

There are numerous causes of a slow computer. More often than not, we find that the computer has been powered on for long periods of time. We have encountered many different instances of computers being on for days or weeks, and on a few rare occasions, months.
It’s easy to understand why most people leave their computer on. Most people in IT are even guilty of it to some extent. It makes it quicker to get started in the morning, you don’t have to press the power button and wait for it to start up. You can leave programs and files open, ready for you to get to work the next day, you can leave things to download overnight. It’s convenient and saves you time. But there are a few drawbacks.

You drastically increase the number of errors you will run into

Not all computers, or programs, are made equal. There’s not a lot of long-term testing done on how everything interacts together on your computer, and each computer is usually constructed from different parts from a multitude of manufacturers. So small errors come up all the time, things like; Outlook might crash, a printer disappears from the list, and Microsoft Word freezes. Most of these problems can be reduced, if not entirely resolved by turning your computer off frequently. (Yes that’s right, “Have you tried turning it off and back on again”) Most small errors get fixed during a reboot when all the programs can re-load their settings back to normal.

There are also system updates to keep in mind. They will require your computer to reboot. A lot of these system updates address errors and include essential security updates. Turning off frequently ensures that you’re up-to-date and safer from errors and security issues. Waiting before you update for extended periods of time will make the updates stack up. So you go from installing a small handful of updates, to installing anywhere between 30 and 100 updates in one go. Being in a rush and having to sit through your computer installing large numbers of updates is incredibly frustrating.

You ultimately reduce the overall life expectancy of your computer.

Now, this one is more subjective than most, there’s no final number for the life expectancy for each computer. It all depends on what the computer is used for, how often it’s used and where it’s stored. It’s easy to think of computers and imagine that it’s all digital so there’s no wear-and-tear. But there are small mechanical and moving parts in most computers, leaving these on constantly will wear them out. Even if you’re not doing anything on the computer, the computer is still doing things, maintaining a connection to the network, monitoring itself, numerous other things. Like a car, it’s idling; parts (and programs) are still in motion. It’s not healthy for a car to idle for extended periods of time; it’s no less healthy for a computer.


Let your computer chill out. 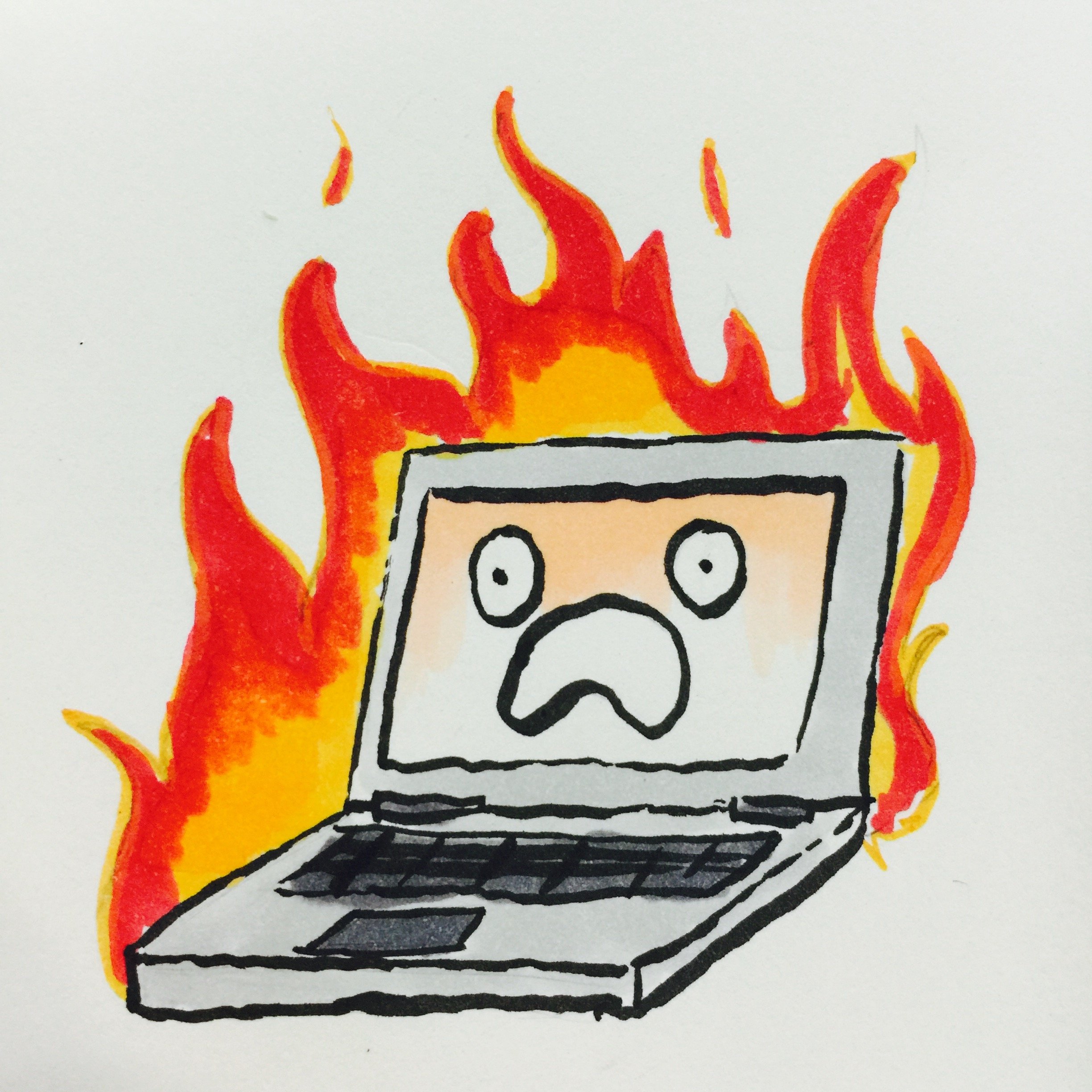 Ask any computer engineer, and you will find that the biggest enemy of computers is heat. The reason it’s taken so long for computers to get as small as they’ve become is, we didn’t know how to deal with the heat that they generate when they’re running fast. You can’t leave it to accumulate inside the computer as it will overheat, and you can’t have a laptop that melts through your table every time you use it.

Computers run fastest and survive longest when they’re not overheating. This is an especially important thing to note in Melbourne over summer when temperatures are routinely 35+. Computers start to struggle to remain cool in that sort of heat. So if you’re on the road or somewhere without decent air-con, consider turning your computer off to save its life. Especially if you’re planning to leave it on in a laptop bag, that’s like wrapping your computer in a blanket. It’s a recipe for disaster in the heat.

You can find dozens of articles out there on the internet debating the merits of turning your computer off vs. not. And dozens of more reasons for powering down (I haven’t even touched on the environmental impact that having a computer constantly powered on will cause) But it’s hard to stress how many problems we see a week that, had the computer been turned off once a week, could have been avoided entirely.

Ideally, we would like to suggest you turn your computer off every night, but understandably, that’s not always possible. My personal rule of thumb is, at a minimum, you turn the computer off once a week, plus an additional shutdown for each year you’ve had the computer. So for a brand new computer, turn it off once a week. Had it 18 months, turn it off twice a week and so on.

It is important to note, that even if you’re diligent about turning your computer off, you can only extend its life-so-far. In a business environment, computers last up to 3 years before they start to degrade. At 5 years, you’re likely going to find it much cheaper to replace with something newer and faster than patch over issues you experience.